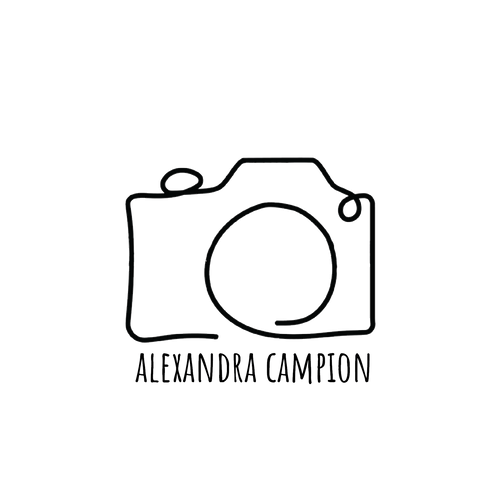 I don't really watch the news. It's currently a bit too painful and nerve wracking for me. So, I first found out about the shooting of Jacob Blake in a work meeting at 8:30 a.m. on Monday, August 24. I dove into articles, watched the video (I have no idea why I still put myself through that) and became a useless blob at work. I told my boss that I was going to take the afternoon off, but I realized I just couldn't sit.

I sat at home through the protests surrounding the murder of George Floyd. I couldn't do it again. Not this close to home. When my sister and I pulled up to park our car in Kenosha, we couldn't see anything. No protestors, no police - just blocked off streets. We walked a few blocks and found people sitting outside of the Kenosha County Public Safety building. Apparently, we had just missed an altercation that ended in tear gas. The leader at the front of the group used a bullhorn directing people to walk back to the Civic Center Park.

There seemed to not be any organization at this point. It was like we were waiting for something. Asha and I sat down in some shade, tried to rehydrate a bit (97 degree weather - yuck), and streamed some news. We heard on the newscast that a march and protest was supposed to meet at the park at 6 p.m. It was barely after 4:30 p.m. and we debated going home. But we drove almost two hours to get there, so we wanted to make sure we stayed and supported. So we sat. At about 5 p.m. organizers started to 'assemble the troops' and we started off on a walk through the streets of the city. Chants of "Black lives matter" and "this is what democracy looks like" echoed through the streets. I felt the pride swell in my heart. I saw people of every color walking side-by-side peacefully, demanding that justice be served for Jacob Blake.

Cars lead our processional to ensure that protestors weren't struck by vehicles. I couldn't believe the organization. I was disappointed in myself for taking what I saw on the news at face value. I expected chaos and disorganization, but found the opposite. These cars blocked oncoming cars and busy intersections so that we were protected. I was so grateful. It was about 6:15 p.m. when we got back. Asha and I were quite dehydrated from our trek, and she was developing a pretty bad headache. We decided that we'd take a break for dinner and see how we felt after we ate. We tried Wendy's. Closed. Drove toward Culver's and we couldn't get in the drive-thru. They were closing early, but I was able to run inside and place our order before they locked the doors. The city was starting to turn into a ghost town.

As we drove back toward the courthouse and park, sheriff cars blocked intersection after intersection. I was able to take some side streets and make it through, but all of the sudden police cruisers start flying by me headed toward the park. We were worried. Asha decided she'd stay in the car in the A/C. I decided I had to go back out. As I was running to get near the front of the procession (yes, RUNNING), I could see that the size of the group had grown substantially. It took me a solid fifteen minutes to run ahead and reach the front - something that would've taken less than 60 seconds if the group had been the same size as earlier. The group had grown, but peace remained.

We wound through the streets, straying much further from the park than we had earlier in the day. The houses became progressively nicer and bigger and white people started to come out of their houses. My heart dropped into my stomach. I didn't want confrontation. My mind flashed to the story of the McCloskeys. To my surprise, and relief, that didn't happen. It was quite the opposite. People clapped, fist pumped, and watched as we continued on our way. Once again, the people of Kenosha had our backs. Unfortunately, it wouldn't stay that way. As we neared the park again, the leaders at the front halted the group. From the bullhorn I hear words I've been fearing, "We have some blue lives matter protestors up ahead."

Not even two minutes later, a car drove into the front line of protestors. I thought that was it. It stopped about two people ahead of me as people parted out of the way. I thought that was going to be the jump-off point into violence, but it wasn't. The organizers backed everyone up, made an exit route for the car, and got them to turn around and leave. Just like that. We again had avoided a crisis. We continued after the car drove away, but my phone started buzzing. It was my sister saying that something had been tossed or shot near my car, and it shook the car. She opened her window, to hear the sounds of bangs and stench of tear gas. She was panicking, but I was still a mile away from the park. I told her I would get back when I could, and to move the car if she needed to. When we were just two blocks away, the protest organizers stopped the group again. Over the bullhorn I hear, "We have police stationed ahead. We don't know what their intentions are so if you have kids, this is where you stop. Go home."

We waited for the families to filter out of the group and then marched on. At 8:21 p.m. everyone's cell phones started to buzz. It was a state of emergency text saying curfew would be in effect from 8 p.m. to 7 a.m. Impeccable timing. We made it past the first two squad cars without issue, but as we approached the park and the courthouse, you could see the sky lighting up. It looked like fireworks were lighting off from in front of the courthouse. We stopped again as the leaders tried to discern a plan. We had no idea what we were walking into, but white allies and those with goggles and masks moved to the front, linked arms, and formed a human shield for those of us (myself included) who were under equipped. Some people listened and used the crosswalk, while others walked kind-of diagonal from the corner of the courthouse to the park. Over a loud speaker, the police said, "Please get out of the street," and it was IMMEDIATELY followed by flash grenades and tear gas. As people ran to the park for cover, I tried to situation myself between the park and the line of police. I was hoping that if I was with the other photographers, I wouldn't become a target. I was about 30 yards away from either group (police and protestors) sitting on the grass in the median of the street. The protestors stayed in the park and chanted. Their spirits were still on fire. I couldn't believe the bravery. I just sat in the median staring for a bit, until I remembered hey dummy, take photos. The tear gas continued to fly. People with leaf blowers tried to blow the gas back at the police. Some tried to shield others with umbrellas. One tried to throw the canister back, but was immediately hit with rubber bullets.

As flash grenades and tear gas continued to go off, I started to move across the median to get a new angle. Two officers with long guns made eye contact with me. One raised his gun and then lowered it. I'm pretty sure he saw the camera in my hand and decided against it. That's when I decided it was time to go home. At this point, I was coughing from the tear gas. My mask and glasses were not enough to keep it all out. It was just too much. I texted my sister and asked for her to send her location. I plugged it into my maps app and started walking. I was so disoriented. I couldn't find where I was going. The GPS didn't seem to be working right and before I knew it, I was a few blocks away. Looking back, I wonder if someone had signal blockers or something of the sort.

I called her panicked and said I couldn't find her. I asked if she moved the car and she said no. Then another tear gas canister was launched near me. I have no idea where it came from, especially since I was two or three blocks away from the courthouse. When I finally backtracked and found the car, I drenched my face in water - I didn't have any milk, I wasn't expecting to get gassed. I asked Asha to hand me our spare water jug, and when I looked up, she was crying. "Shit is on fire again," she said. I looked toward the courthouse and sure enough, a garbage truck that burned Sunday night had reignited. We're unsure how it got lit, but it doesn't seem like it was protestors, especially since the protesters had been unable to advance anywhere outside of the park. By the time we got home, however, everything had erupted. I wish it could've stayed peaceful like while I was there, but I'm also not surprised that people who were tear gassed for 30+ minutes didn't just sit there and take it.

If you'd like to see the rest of the photos from my night in Kenosha, check out the full album here.

A Day in Colonial America